With surfing, as with most things in life, style is everything. William Stuart Hamilton was born in Long Beach, California. Seeing the world in a Bud Browne movie sold him on the surfing life. He was determined to become one of the best. In 1966, he returned to Hawaii, fresh from high school and already acknowledged as one of the most popular surfers around (landing sixth in the Surfer Poll). He had begun shaping under the tutelage of Surfboards Hawaii’s John Price in 1967, but turned to commercial fishing on Kauai for more income. He would continue shaping, finding work with Country Surfboards, Chuck Dent and Lightning Bolt and he stepped up his shaping under the Billy Hamilton label ever since the ’90s longboard revival. Stepson Laird has established himself as the sport’s premier big-wave rider, leading the tow-in revolution around the world.– Jason Borte, Jan 2000. 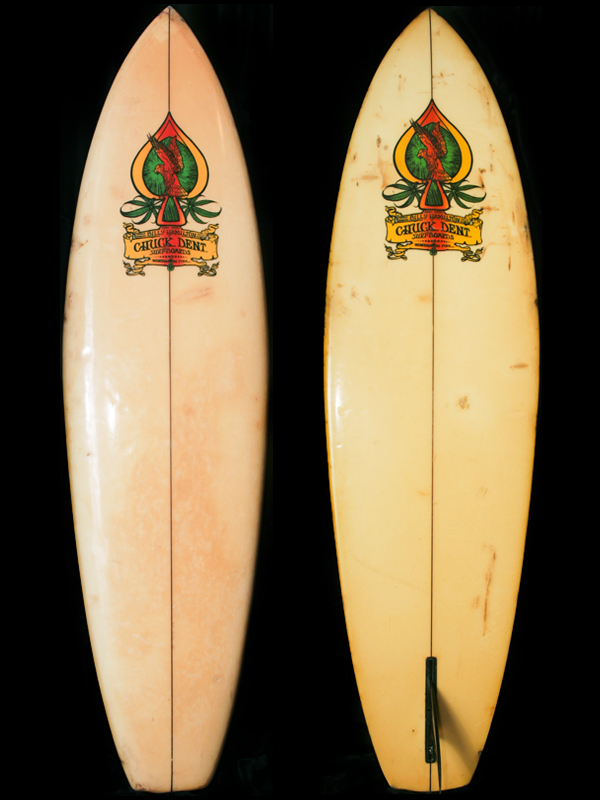 A true collaboration between Huntington Beach’s, Chuck Dent and Hawaiian, Billy Hamilton. As you can see in the logo this board is a product of the early 70’s, acid trip, hippy days. Many Hawaiian shapers, such as Hamilton, would fly to California and shape out of Dent’s shaping bay. Bought from Mark Troutman out of Texas, this board was designed with an aluminum knife fin, domed deck, and rocker rolled rails. This was a high performance board for the era. O – 7/10 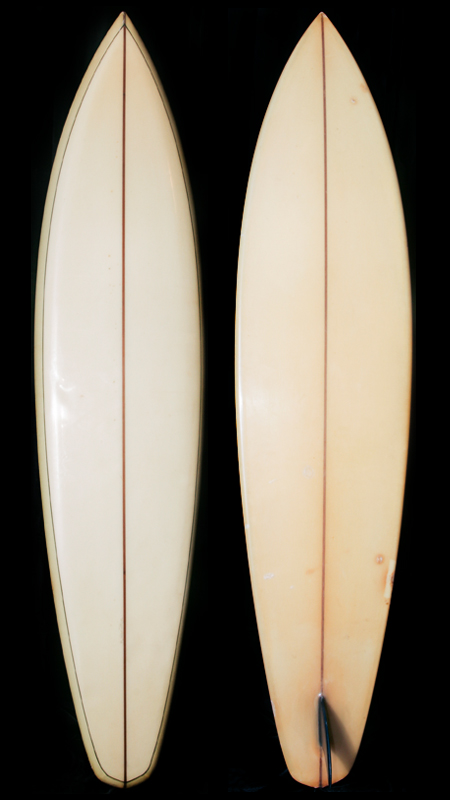 This board by Hamilton was a backyard shape and design from the early 1970’s. Originally from Kauai this board was bought in San Clemente, California. A timeless, B Hamilton, signature is penciled on the redwood stringer and is still visible under the glass. With a basic resin pinline design on the top of the board, this board was shaped with the typical 70’s rocker, a glass in single fin with aleash hole in the fin. I’m sure great 1970’s rider at Hanelei Bay. O – 8/10