Phillip (“Phil”) Edwards (born June 10, 1938) is a legendary surfer. He is credited with being the first to surf the Banzai pipeline in Hawaii, being the first professional surfer, and creating the first signature surf board. He was the subject of a cover story, and his photo appeared on the cover of Sports Illustrated in 1966. Edwards was also featured prominently in the Bruce Brown films The Endless Summer and before that Surfing Hollow Days which featured the first film footage of Pipeline. 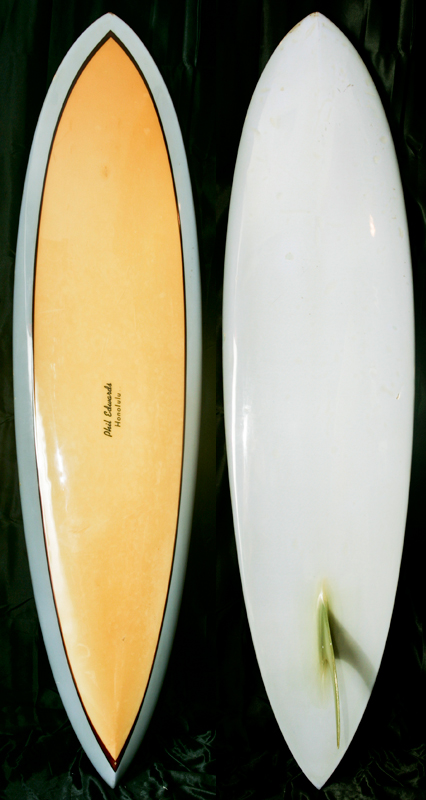 A classic Phil Edwards Honolulu Transitional 1968 with a classic glassed in flex fin. Some sun tanning on deck.  A great example of the short board evolution.  I was told all original, yet appears newer black pin line and re-gloss. Collectable history surfboard here. (r) 8.5 Pintail Mike Collection