He began patching dings for Greg Noll Surfboards in 1964 (earning the name “Super Patch”). He graduated and left for Australia to attend Sydney Tech, studying accounting and commercial law as well as surfing and learning about shaping. In Australia, he traveled much of the east coast, including a stint at Byron Bay where Bob McTavish and George Greenough were reinventing the surfboard. When his shop bombed, sending him into hefty debt, Rarick dug himself out by shaping and working the night shift as a fiberglass sprayer in Pearl Harbor. Primarily, Rarick works as a shaper, operating under the exclusive license for Bear Surfboards as well as Hawaiian Designs. Since picking up a planer in 1964, he has crafted more than 8,000 boards. 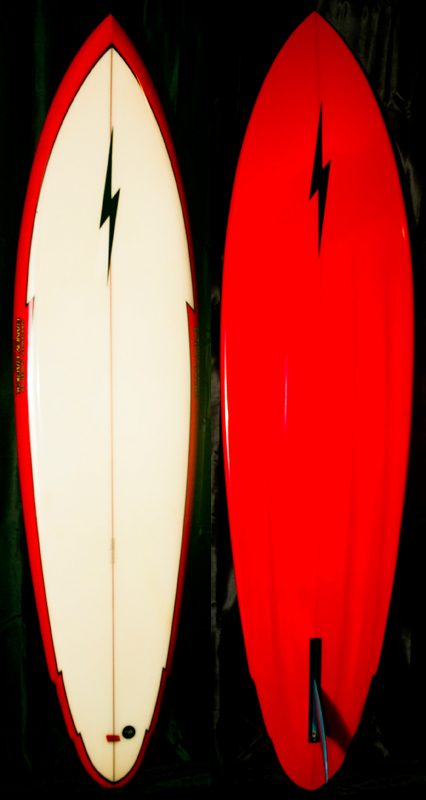 I acquired this asset from Bobby Digital OC.  I held for months, then one day when Randy was visiting my house he recognized this board as being one of his personal riders back in the day.  It was sun tanned and needed a resto, thus Randy completed a full restoration on the board to its original condition.  Originally built in the early 70’s Randy was experimenting with channel bottoms and double wings.  (R) 10.