BIO
One of surfing’s most iconic stylists and an event favorite wherever the ASP Dream Tour may go, Joel “Parko” Parkinson should be considered one of the biggest threats to the ASP World Title in 2009. Hot off the heels of one of his most consistent seasons to date, Parkinson put in some of the most explosive performances of 2008, seeing him finish ASP World No. 4 as well as collect the highly-coveted Vans Hawaiian Triple Crown of Surfing Title. Netting history’s second Perfect 20 in his heat last winter at the Billabong Pipeline Masters, Parko is on course to do some damage this season.

Joel’s introduction to the “Sport of Kings” came at a preternatural age. Parkinson spent his youth surfing the Gold Coast of Australia where he became one of the famed “Coolangatta Kids” alongside former ASP World Champion Mick Fanning and fellow Dream Tour campaigner Dean Morrison. The surfing community first took notice of Parkinson when he won the ASP World Junior Championship and then went on to win the ASP Billabong/MSF Pro (1999) as a wildcard, making him the youngest non-seeded surfer to ever win an ASP World Tour event.

Parkinson has been on the ASP World Tour since 2001 and has so far captured six event wins. In 2005, he added producer and film star to his resume when he teamed up with surf moviemaker Jack McCoy to produce ‘Free as a Dog’. With a career that has spanned virtually every aspect that surfing can throw at you, the last bastion of dominance Parko is looking at is the ASP World Title. Smart money is on him in 2009. 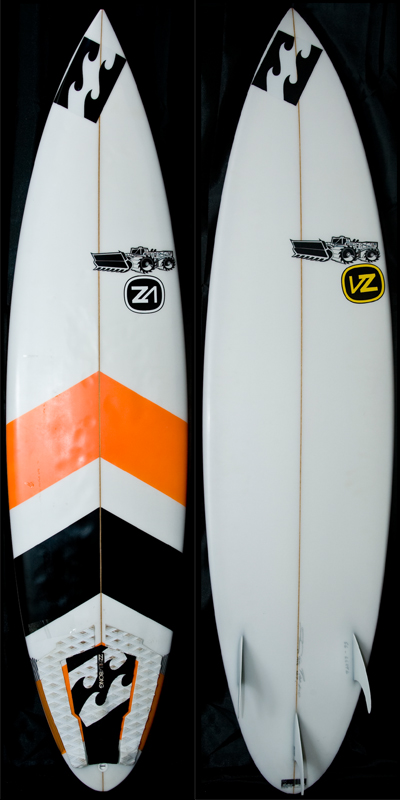 Acquired this after the North shore Winter 2008. With matching trunks signed by Parko.  He rode this in Hawaii during the winter of 2008 of which he won the Triple Crown.  Liam at the North Shore Surf Shop sold me this piece of history.  Stoked to have it to preserve it for the future generations to come.  (8) o 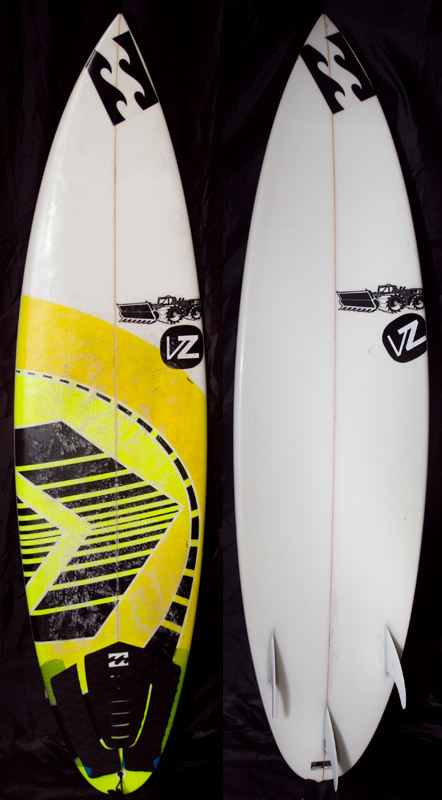 Acquired this from Liam as well.  Parko’s 2009 North Shore Rider.  Again during this quest to win the 2009 Triple Crown. I have had the pleasure to test ride this stick and I must say it is like riding a thoroughbred.  During some hard rail to rail carves, i actually felt like Parko, nooottt!  But, nice to fantasize.  (8) o