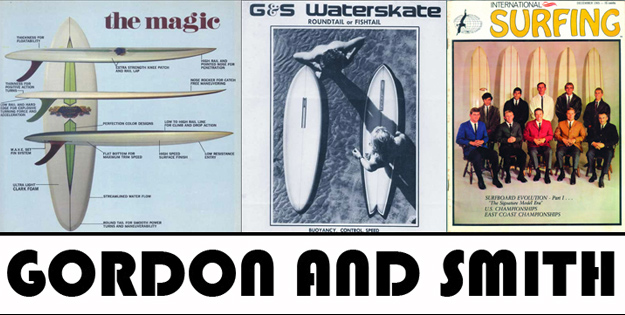 Throughout the 60s, 70s and even well into the 80s, Gordon and Smith Surfboards continued to be a sucessful surfboard, surf accessories and surf clothing company. Gordon and Smith have been credited with creating the surf T-Shirt in the early 60s, and building some of the most progressive boards of the time.

This is a rare find, – EZ Rider Gun. Early 70’s with a orange tint bottom overlay w resin pinline. Diamond tail gun shape, slight S-Deck, a lot of nose rocker, flat bottom, no V, – Just a great example of going from long to semi-gun long during the Evolution to Short.  All Original with the exception of some holes and zippers filled. (o) 8 Stole this from Bobby Digital OC 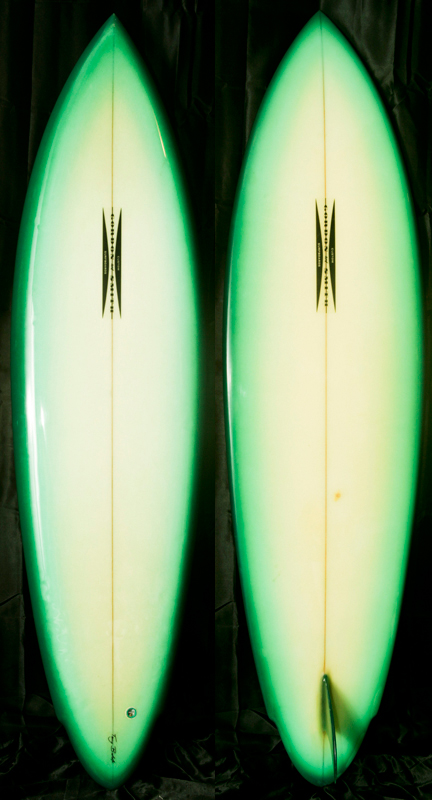 This is an original G&S out of OZ. Cool Green Tint Spray Rail Fade. Glassed on Green Fin, Signed at the tail. Classic hotdog wing-pintail shape for those down the line speed runs at Burleigh Heads.  All original, clean and bitchen. (o) 8.8 Bot this on Ebay.Au 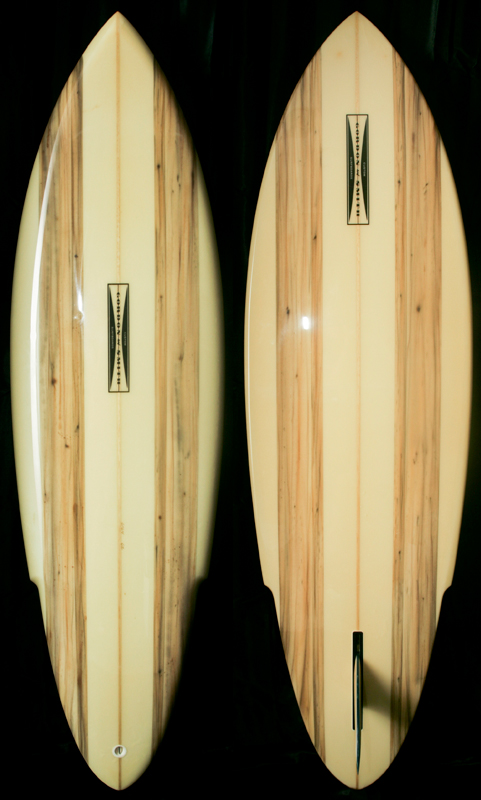 This is one of the coolest, cleanest falsa balsa boards I’ve personally seen that is vintage and all original. I was offered a good penny for it from a Oil Driller Tycoon out of Texas, but I declined.  Classic, Sting Pintail late 70’s design orginating out of Hawaii during the Bert / Aipa Evolution. Original Wood / fiberglass inlay fin.  Flawless! (o) 9.5 Acquired this out of the Nordine Collection 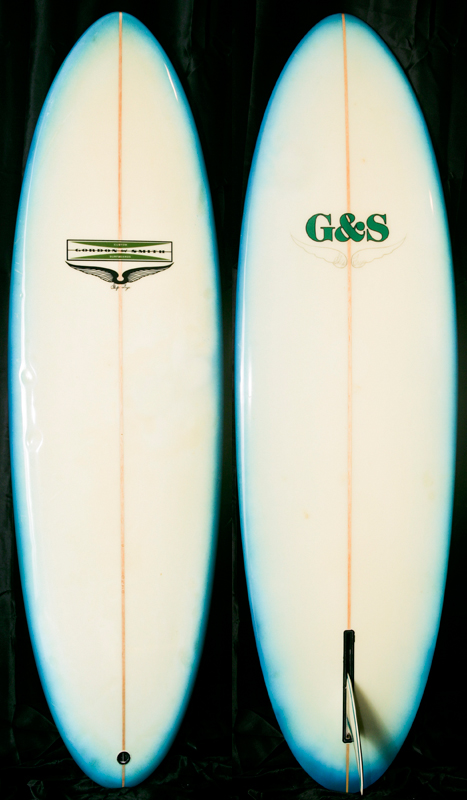 Board Dimensions
Length: 6′ 0″
Width: 20″ 5/8
Thickness: 2″ 1/8Skip Frye Egg 1970’s
This is one of those Craigslist finds you come across ever so often.  Connected with this Skate / Surf Encinitas Hippie Collector needing $$ to make ins meat.   All original with the exception of a couple of tail zippers,  blue tint rails, G&S Skip Frye Egg. late 70’s.  I have been meaning to ride this, but I’m to afraid I may damage it, as it just looks to pristine to wax up and get it dirty.   (o) 8.5