Born in Newport Beach, Peter Schroff took up surfing at the age of eleven on a stolen, purple spray-painted Hobie given to his father. This was during the heyday of the Blackie’s parking lot scene. Lined with customized Volkswagens from the Newport Beach Volkswagen Association (NBVA), of these surfers belonging to the prestigious Newport Beach Surfing Association (NBSA) included Peter’s best friend “The Newport Kid” Lenny Foster, David Nuuhiwa, Owl & Gray Chapman, and 1960s & 1970s wave/tube photographer Scott Price.

It was around this time the short board revolution exploded in Newport. First on the scene was Brad McCall riding a Hobie “Corky Carrol Mini Model.” Amazed by the new possibilities of this style of surfing, Peter knew that the long board days were over. It was shortly after this time Peter began experimenting with his own shapes. At 14 Peter shaped and glassed his first board on the kitchen table and shortly afterward moved to Maui.

Heavily inspired by Wayne Lynch, Peter began shaping surfboards in the family home for his school friends under the name “Underdog.” After a series of surf trips to Australia to study a phenomenon known as the twin fin, Peter returned with a shaped blank by Mark Richards and spent many years reinventing and eventually perfecting themodern twin fin. It was at this time the Schroff Label was born alongside what is considered to be the genesis of ultra high performance surfing known as “Echo Beach.”

After riding the wave of a succesful surfing brand, Peter chose to pursue his first love… art. With his newly founded design company www.dar9.com, Peter created and launched many successful brand campaigns for surf industry giants such as Quiksilver, Gotcha and Ocean Pacific.

After a lengthy stay out of the spotlight, Peter is back creating high-performance surfboards.

When not in the shaping room or traveling, Peter can be found at his home in Venice Beach, CA. where he is busy with his team causing a global creative event in Los Angeles known as www.superexpo.la. This annual event scheduled to take place in 2010 will feature creative collaboration among several disciplines such as music, design, culinary arts, electronics, art, fashion, video, and experimental media. 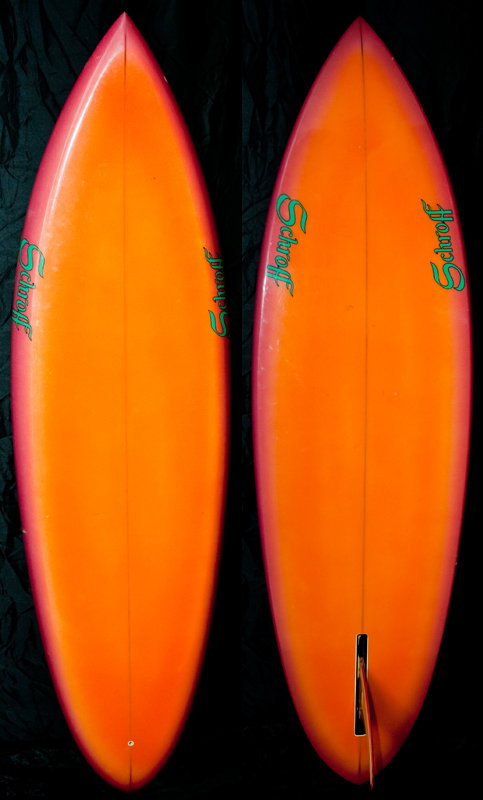