I was privileged to tag along with Morgan Maassen and Noa on a couple of surf sessions in Mexico this last summer.  Noa is one of the few up in coming kids that has the complete package of ” what was” and ” is”  today in the surf world.  What I mean is he gets his hands dirty and get’s himself in the shaping room and not only designs and shapes his own surfboards but also gets involved in the design and making of his fins that go on his boards. Inspired by his old man, Wayne Deane, he has learned the Old School Way.   Noa not only is stoked on his personal designs and makings but has such pride of riding what was in simple single concave single fin flyers and the such. You don’t come across to many … Read More »

This last summer I finally persuaded TC to go South with Jalian and I to ride some fun right handers along with his son, Frank.   Days before departure, Tyler Warren wanted to jump in and join in on the adventure.  And of course, I couldn’t refuse.  We ended up scoring some good waves, with good conditions and all had a great time.  Plenty of variety of boards were ridden from old school 70’s to the most modern latest and greatest from Tomo.  This here is just a rough glimps of what was.

During my visit to Jeffrey’s Bay this last summer, I was fortunate to exchange speed runs at Super Tubes  and talk story on Surfboards in between  set waves with Derek Hynd.  DH extended the invite up to the compound on the point to further talk story on surfboards of the past and what is in store for the future.   He was intrigued with the Buggs Deep Collection and the provenance it holds and preserves for generations to come. So he decided to pull out something special out of the back and walla appeared the Sonis French Connection.    A contemporary surfboard transformed to the finless world of DH.   Tune in on the video for the full story and enjoy.  A true classic and addition to the Buggs Collection. – B

One of the most famous surf shops in the world is located at the north end of Newport Beach, CA right on Pacific Coast Highway. The Frog House is a surf shop in the purest sense of the word and has been operating at this location since 1963. A short walk across the street is the Beach and the 56th Street and River Jetties surf spots. The keeper of the keys to this retail surfing icon is an energetic man with a quick wit and a gentle soul, one, T K Brimer and has presided over the place for years. “We still have some of the old surf shop edge going on,” said Brimer from behind the big wood and glass counters. What you will find at the Frog House … Read More »

The International Surfboard Show in Del Mar, San Diego, Ca Oct 6-7th 2012 was a success. I had a great time, both on the Networking side and down time – got in the water both in the AM and PM sunset sessions and spent some quality time with shaping and surf Legends like Reno Abellira, Mike Hynson, Maurice Cole, Mark Richards and others.. 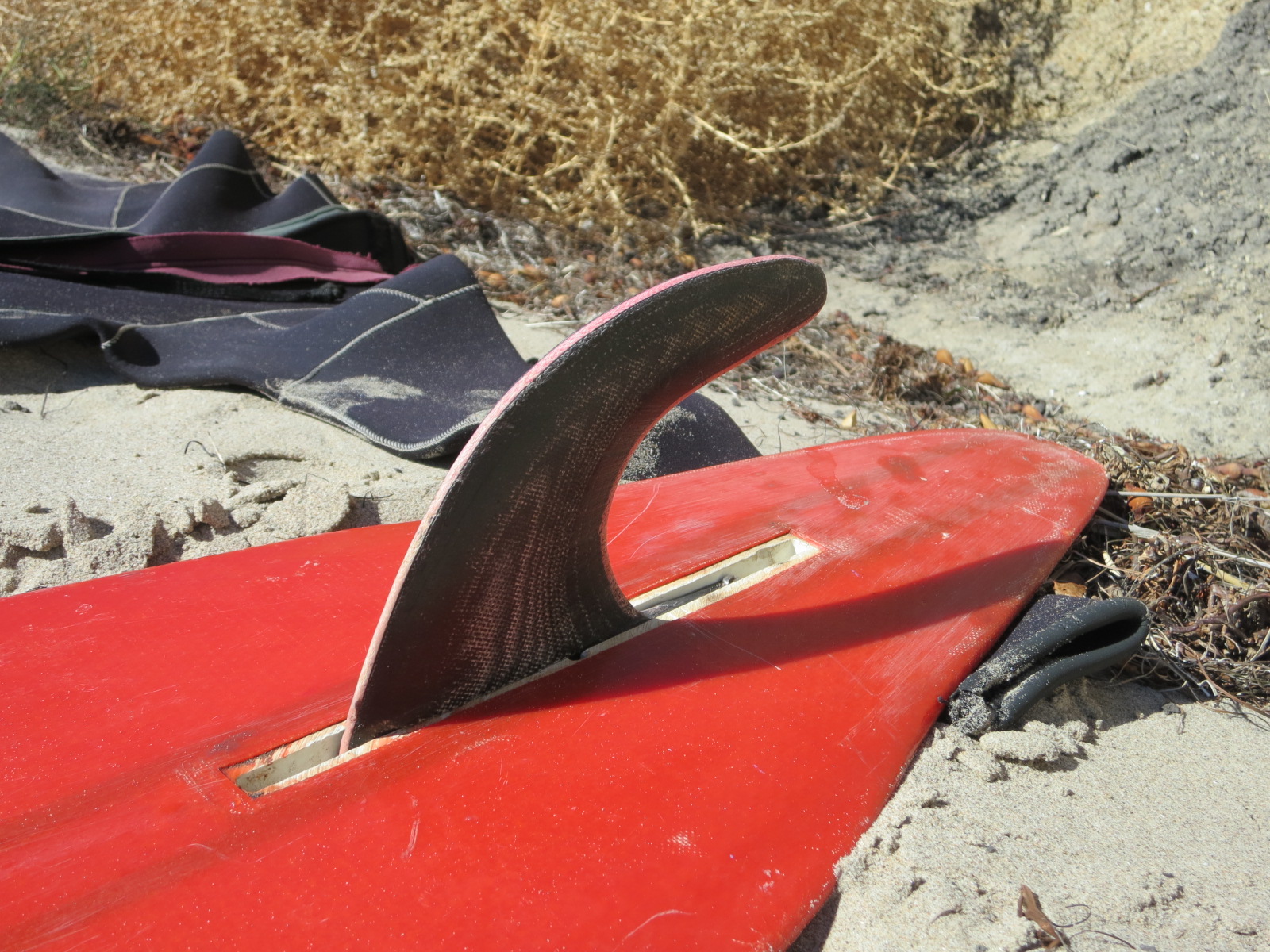 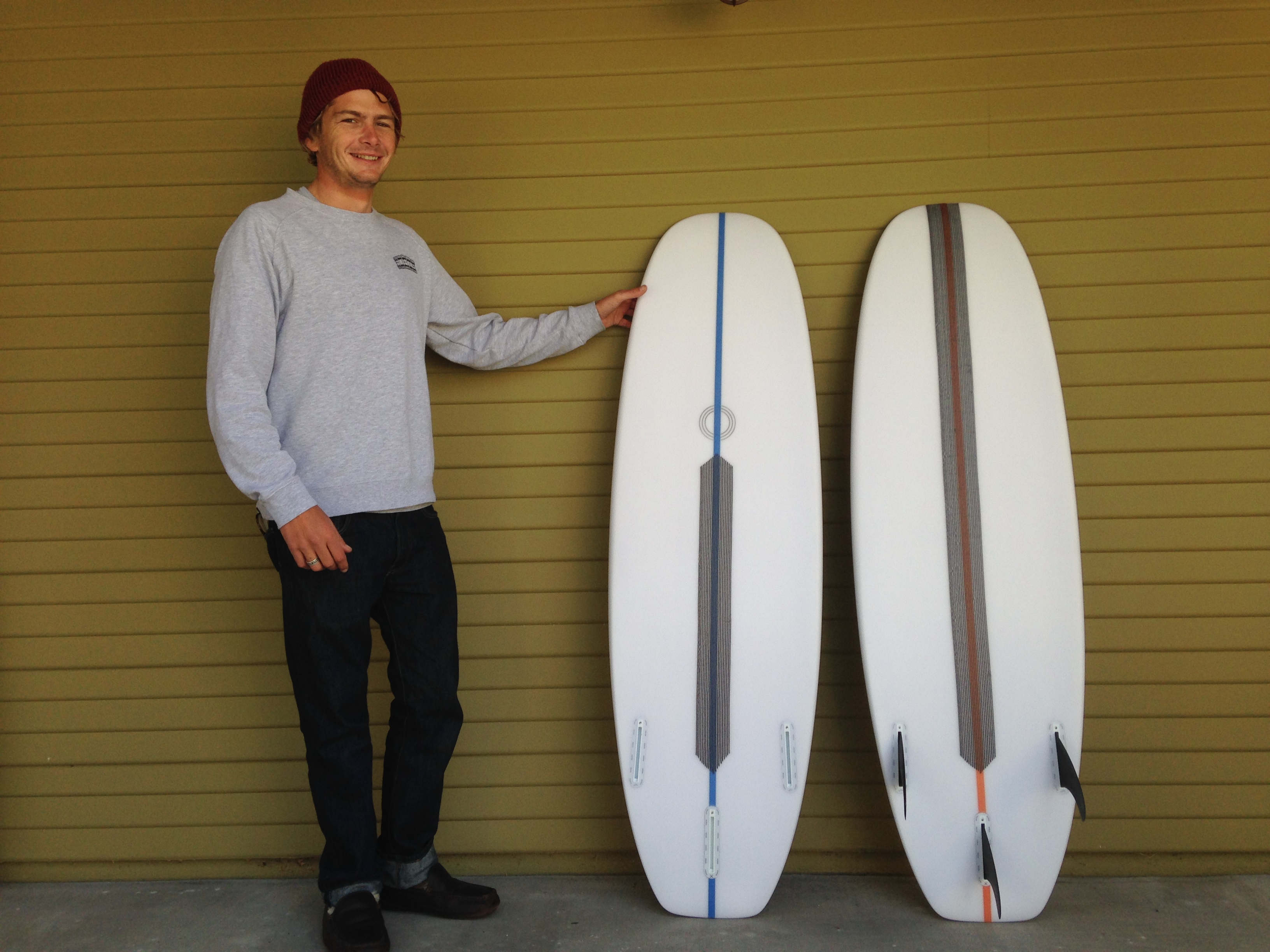 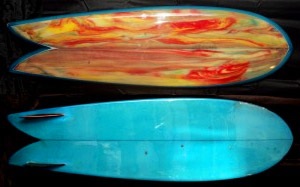